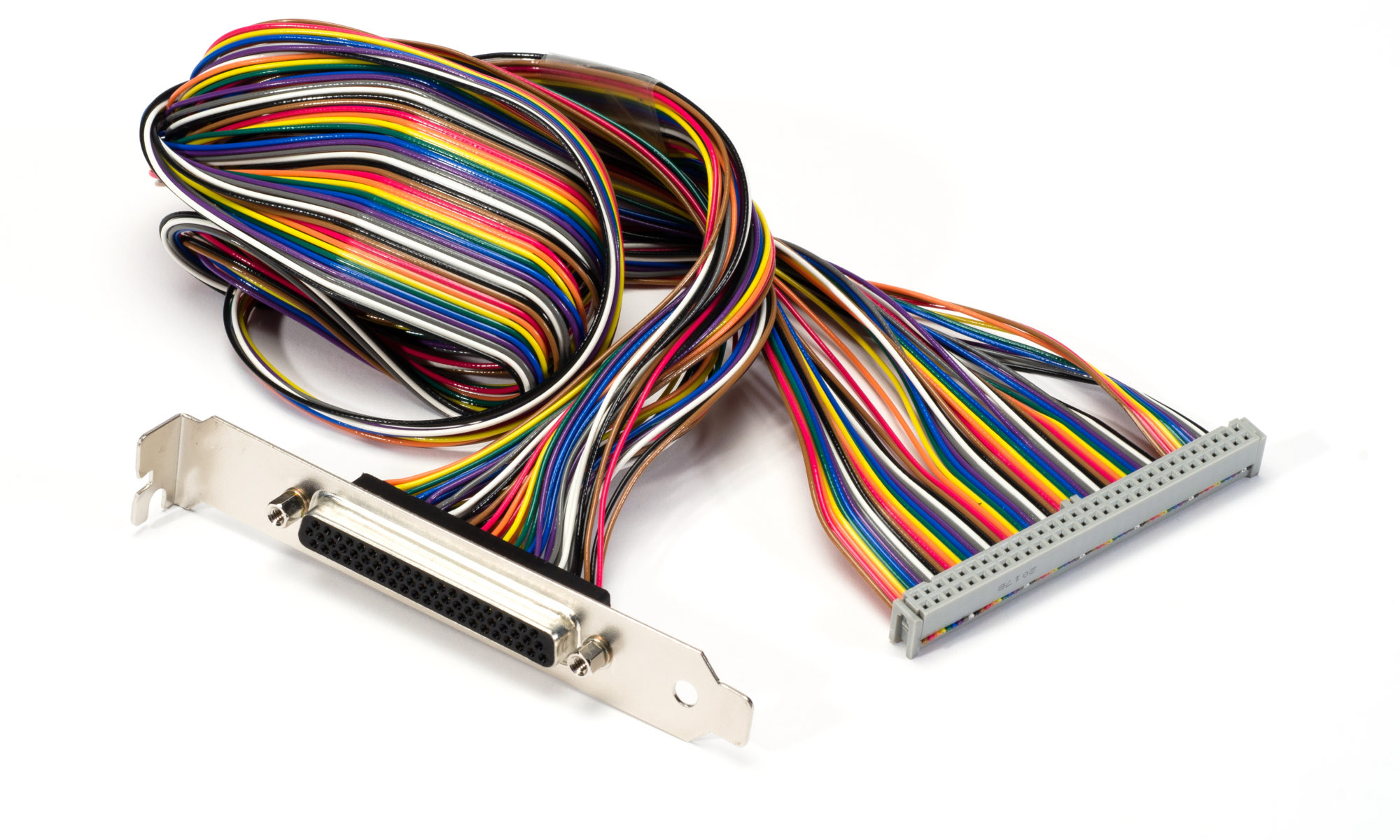 This cable brings out the all of the I/O signals from BitFlow frame grabbers which have an internal 60-pin I/O header. The signals are brought out to a 62-pin D-Sub connector that mounts in a PC slot. This cable is suitable for use with up to four cameras. This cable supports the models listed below.

Note: the following legacy models are also supported by this cable:

Note: that this cable replaces the following legacy cables: CONN-KBN-IO and CONN-CLQ-FIO. These cables are no longer available.

The following image illustrates how this cable is used.

A mating connector is also available for this cable.